Many of us who come from the private server community know that we play on the 1.12 client, and now when Classic WoW has been moved on to the legion client. many of you are probably a bit lost when it comes to what addons will be developed for the new game engine.

But due to the extreme hype for Classic WoW, many addon developers have gotten back into the business and many old school addons have been picked up by new developers to bring them back into the modern take of Vanilla.

So with that, let’s go over some of the best addons we know that are confirmed ready for Classic WoW.

We all remember Recount

Recount is a graphical damage meter that has been in the game since the start of WoW. If anyone has played on the original 1.12 client you are already aware that Recount doesn’t exist and cannot be used.

Z-Perl or previously known as X-Perl is an entry-level unit frames addon that provides clean party frames, raid frames, player frames, target frames and a Debuff/Buff tracker that works without any issues. 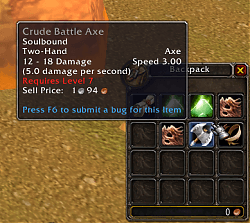 Vendor Price is an addition to item tooltips adding the associated vendor price below them.

This addon is great for people who are into mob-grinding farms since it will give you a visualization of how much gold you are earning with your vendor-trash. 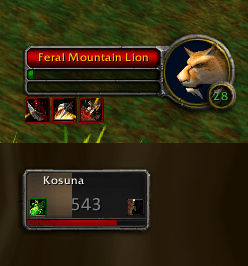 ClassicAuraDurations is an addon that adds a timer to the debuffs you apply to your enemies, which allows for better & smoother rotations, rather than having to guess every time when you should re-apply your debuffs.

debuff timers are crucial to both PvE and PvP

ClassicCastBars adds castbars to targetframe and nameplates in Classic WoW that shows when your enemy is casting a spell and which spell it is, which makes for an easy interrupt or LoS rather than having to guess every time you should make a move.

castbars are crucial to both PvE and PvP. 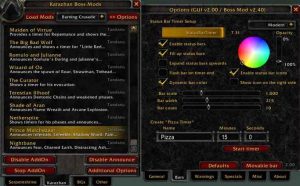 Deadly Boss Mods provides timers and warnings for each raid counter in the game when you’re going through all the different mechanics and phases, telling you where to go and how to play.

DBM is crucial for raiding.